LawnWorks Has Been Serving Northern California For 12 years


LawnWorks has been serving Northern California for 12 years as a premier custom landscape installation company.

We strive to give each project a unique look that you will look forward to come home to.  Creating a custom landscape starts with your imagination and we can do the rest!Whether you're looking for a natural setting, a functional landscape or just an outstanding living space, we can make your vision come to life!
LawnWorks did a wonderful job of incorporating stonework, lawn, lighting, and plants with our backyard. By adding pavers that flow seamlessly around the yard and pool we now have our own special getaway!
-Rene Kelly, Vacaville, CA
Thank you for the quality work you did for us. Your crew was fast, professional, and produced a well-constructed centerpiece for our back yard. When we arrived home to see the waterfall for the first time, we were in awe, as it exceeded our expectations by miles. It looks natural, and like it has been there for years. The lighting in the water is also beautiful at night. We now enjoy entertaining in a portion of our yard we never used before. Thanks again.
-Lou and Jennifer, Fairfield, CA
...just a beautiful addition to our back yard! We love our fish. Great job from concept to construction to later adding fish and on-going maintenance service on our pond..thanks again!
-Hi Sook, Vacaville, CA
Posted by Northbay Contractor's Alliance at 9:00 AM No comments:

Ramirez Custom Overhead Doors, a privately held company based in Fairfield, California was launched in 1987 with the goal of providing quality garage door and operating systems at a reasonable price and providing superior customer service.

The company was founded by Rudy Ramirez. Rudy is a licensed contractor and an experienced garage door installer and has been installing doors over 20 years. He understands the problems of installing and servicing all types of garage doors and operators. He is also a resident of Solano county and has lived in the area for over 40 years.

Ramirez Doors is licensed, bonded, and insured. They purchase the highest quality products available, direct from the manufacturer and their own trained installers do all the work.

The company has attracted many excellent employees bringing a wealth of experience in the garage door industry to the Ramirez Doors team.

Our mission is to provide excellent service, knowledge and workmanship to our customers regardless of job size.
We want them to know that their project is as important to us as it is to them. We are committed to provide quality, safe and clean workmanship.
We are a family owned and operated company. We have been servicing our community for almost three decades.
Nick followed his father and brothers in the electrical trade and has continued to provide a great service to his many customers. Our specialty is custom homes, remodels, tenant improvements, commercial and electrical service.
Posted by Northbay Contractor's Alliance at 3:29 PM No comments:

"We used Gillespie's for new office carpet, and for new wood floors, tile floors, and carpet throughout our home. We got expert, timely service from Monty, Craig, and Tempest, everything delivered when promised, fast and workmanlike installation by courteous installers, great customer service when we had questions, and a final follow-through by the owner to assure complete satisfaction. Great showroom, great products, great folks, fair prices. What else can one ask for? And our house looks like a model! GO SEE THEM!"
-John Hodson, Attorney at Law, Vacaville, CA

In 1934, Bernard and Marcy Gillespie started the business and operated from their home. In 1941 they built what is now the Daily Republic Newspaper and conducted business there until 1963. The original Gillespie’s was a dry cleaning/laundry business.

In 1963 the Gillespie’s moved their operation to 1363 North Texas Street and started area rug, upholstery, wall to wall carpet as well as drapery cleaning.

In 1976 Charlene Hoover came to work as the office manager and Russ started to work full time. Next, Craig and Steve Hoover started working and the whole family was involved.

In 1980 Gillespie’s added floor covering sales to their list of services and goods.

In 1983 John Hardwick was bought out by Russ and Charlene Hoover and they became sole proprietors.

In January 1987 Gillespie’s Carpet Center, Inc. was relocated at 416 Union Ave. Gillespie’s also became an Abbey Carpet member. The old building at 1363 North Texas Street had become too small for the growing business and more space was needed to service the growing communities.

In 1996, Gillespie’s Abbey Carpet made its final move to their current location, a 15,000 sq. ft. custom designed building located at 360 Chadbourne Road.

Russ & Charlene retired in Sept. 2004 & relocated to Chiloquin, Oregon.
Posted by Northbay Contractor's Alliance at 9:00 AM No comments:

Areas of excellence: Kitchen and Bath Specialists
Valentino Construction has been creating beautiful homes and satisfied customers since 1991. Our design-build remodeling service, producing projects from concept to creation, provides customers with the convenience of communicating with one expert source, eliminating some of the stress that naturally accompanies the remodeling process. We would love to translate your remodeling dreams into reality.

We are a family of dedicated professionals, active in our community and industry, committed to providing exceptional service, design and construction to every client. At Valentino Construction, we work hard to create clients for life by delivering a level of quality, customer care and consistency that builds lasting trust. One of the largest remodelers in the area, we proudly continue to gain the majority of our new business from the referrals of previous satisfied clients.

Valentino Construction has universal design expertise and can take your current and future needs for the bathroom and create an elegant but functional bathroom that gives you peace of mind and safety. 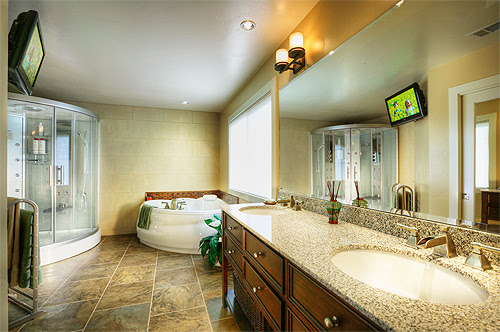 Posted by Northbay Contractor's Alliance at 9:00 AM No comments:

Serving Solano County and Surrounding Areas Since 1968
- Accredited Member of the Better Business Bureau (BBB), maintaining an A+ rating
- Longtime Member of the Fairfield-Suisun Chamber of Commerce
- Voted Best Glass Company in Solano County 5 years in a row

Acme Glass Company is a family owned and operated glass shop, located in Fairfield, California. For over 46 years, the Robinson family has excelled in providing quality products, superb workmanship, competitive prices and excellent customer service. Whether working on a residential small or large home improvement project or a commercial project, each job is completed skillfully and with care utilizing an extensive range of glass items and well known, quality-named brands.

* I wanted to send an email to your company stating how impressed we were with your customer service and technical skills. We selected you randomly from a list of local companies, and couldn't be more pleased with our choice. You sent out your technicians same day to provide a quote, the overall process was quick, and best of all it was very affordable. After reviewing the quote we requested next day service, and not only did you accommodate our schedule you arrived first thing in the morning well before our customer rush period. Once again we couldn't be more impressed by your company and its employees. We definitely plan to let other people in the local community know how great you are! Respectfully, Paul C

* I just wanted to thank you for the work done on my home today. The installers were very nice and personable. In fact, I was impressed with every contact that I had with your business and will contact your business should any need arise in the future. David

* Thank you for the very professional and courteous young man, who installed our new sliding screen door. He did a really great job and the screen door is a vast improvement over the old one. Thank you again. Franklin C & Shirlee P

* Acme glass in Fairfield, Ca. recently installed new replacement vinyl windows in our home. They are the BEST, from the office staff to the installers. Their service was EXCELLENT, as well as the value and workmanship. They sent out professional installers who knew what they were doing. Our whole house was completed in one day. They did superior work and there was no clean-up or touch up required of us at all after they left. We 100 percent recommend Acme Glass on Martin Rd. Fairfield, Ca. Thanks for such a great job! Kathleen
Posted by Northbay Contractor's Alliance at 9:00 AM No comments:

How Many Times Shall We Repair It? It's Time To Replace It!

"Just a quick not and a little something to express how much I appreciate the work you did on building our pool. We absolutely love it and look forward to years of use.

Thank you for watching over every sub-contractor and making sure that the job was done to my satisfaction. I appreciate your attentativeness to detail and desire to build the best possible product. And most importantly, thank you for keeping me posted on the timeline in light of freakish wet weather we had this year. Without the updates I think I would have gone nuts.

Vacaville Pools will always have free word-of-mouth advertising with me!

Thanks again and I hope you have an opportunity to come by and see the backyard when its finished."

~ Lynell
Posted by Northbay Contractor's Alliance at 12:03 PM No comments: